I thought that it would be fun to participate in this fun challenge. Started by Marc Taro Holmes and Liz Steel, it’s called One Week 100 People, and the goal is to draw 100 people in one week (March 6-10), as well as share your drawings using the hashtag #OneWeek100People2017.

So this challenge is to draw 20 people per day for 5 days. You can sketch “live” or in front of your TV, or from YouTube or even yourself for 100 times — sounds fun, does it not? As this week is the March Break for me, I do not have access to the unlimited number of students that I usually have… so I deciced to draw from the TV. Not ideal, but there is no alternative for now. What I noticed is that my student usually keep their coats on during class… or at least some of them do. They keep their hats on, their coats, scarves, etc. it must have something to do with our Quebec temperatures I guess…and add alot of pizzaz to a drawing! When watching TV, especially The Voice, there are no scarves, hats or coats… which is a bit more boring… tomorrow I will try to find a show that has more diversity and that is people oriented — do you know of any that I could watch?

I decided to “draw” with a fountain pen as this is my preferred medium and even though I do not have much time, the renos are still going on strong, and I have piles of student projects to correct, tonight at exactly at 9:00 pm I decided that while listening to The Voice, I would sketch out the participants… and here they are. I wonder if some of you can guess who is who? In a sense a challenge such as this one is really helpful as it forces you to draw people, which I am not a great fan! And it is making me to start “liking” drawing people… I see this day in and and day out in the classroom. Students coming into class saying that they “hate” typography or drawing… and I wonder how can you hate something when you do not know it? Try it first, and then we will see…. and I have to admit that by drawing people, it grows on you -))) 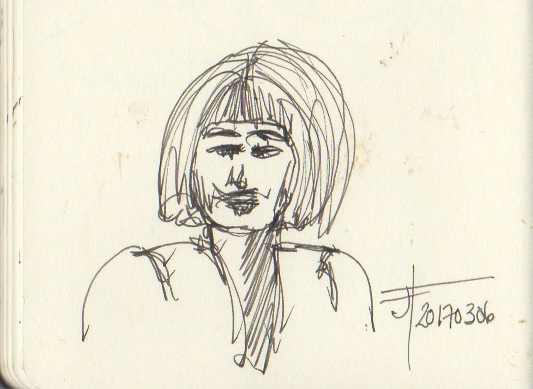 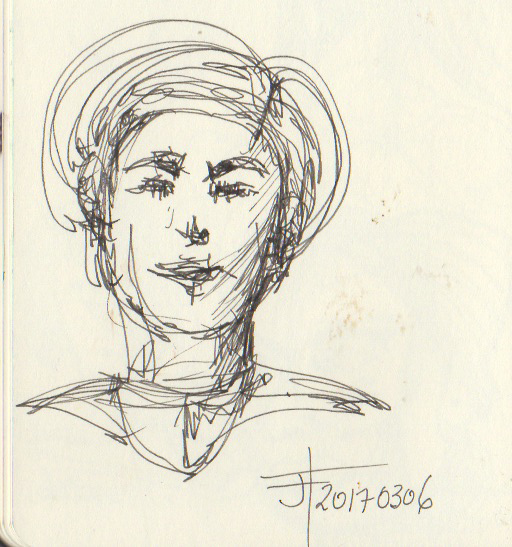 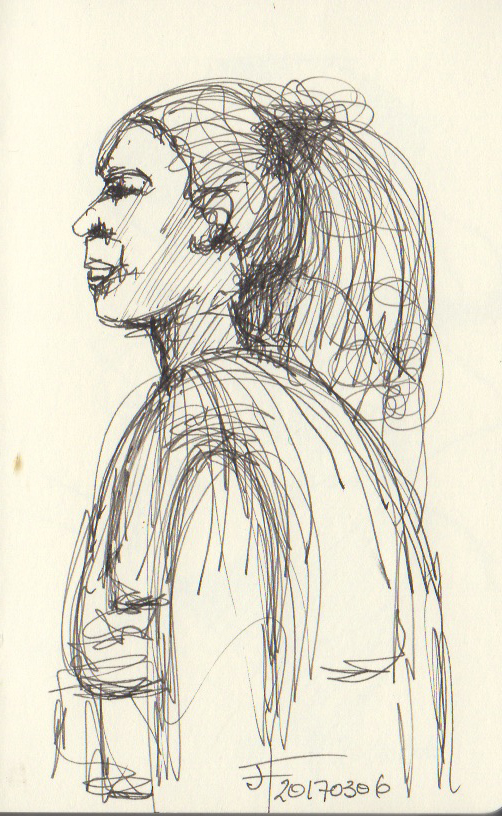 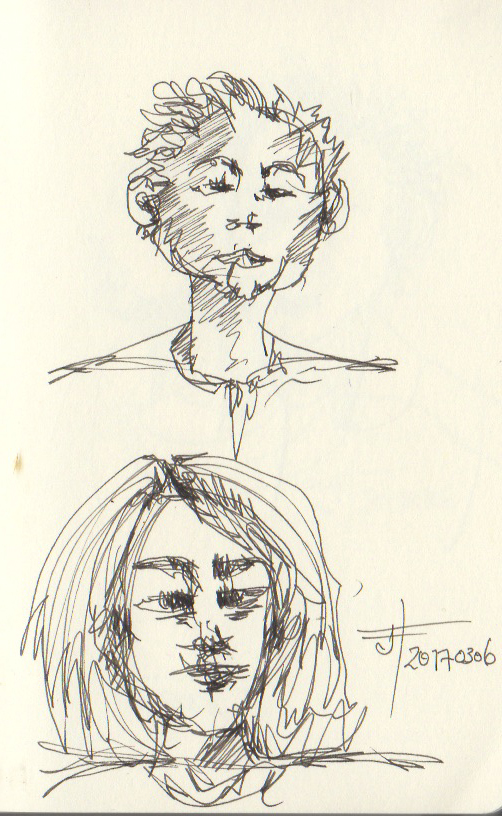 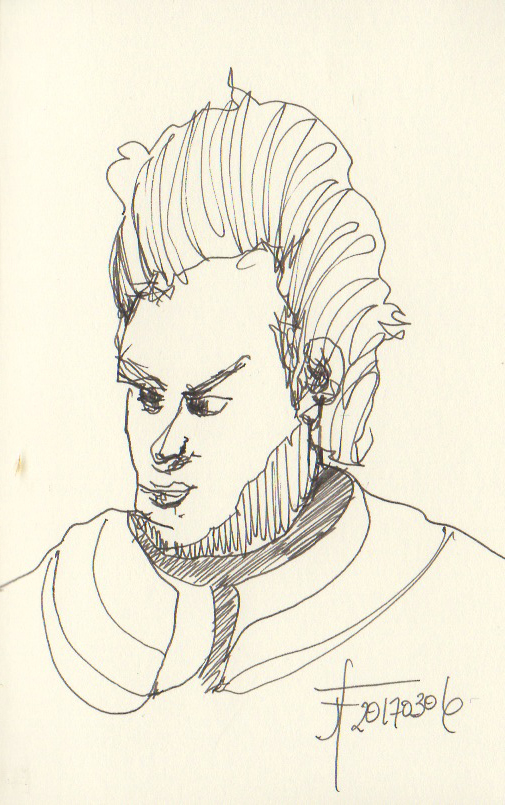