You know that I have been quite busy when I submit a drawing (instead of a painting) as this takes much more time. So today I had but a few minutes to sketch… and I have had, in the back of my mind, an idea that has been creeping up for awhile that I would sketch, on one of these frosty fridays, only with vertical lines. Well I have to admit that I did not achieve this at 100%, but still, just a beginning… and once I got going, then I could not stop… and I added some horizontal lines too, and then some oblique lines… Argh… Anyway, this is just a toodle-y-poop of what I had originally intended on doing. 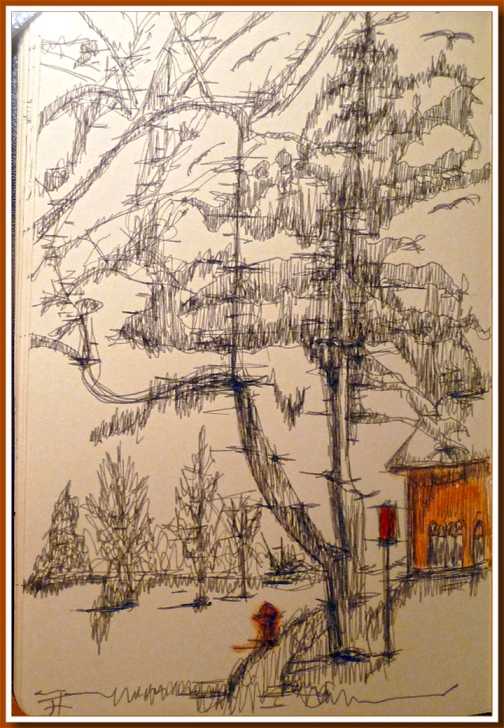